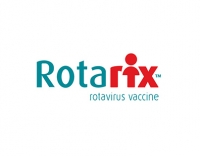 Proper Name
Rotavirus Vaccine, Live, Oral
Indication
For the prevention of rotavirus gastroenteritis caused by G1 and non-G1 types (G3, G4, and G9), for use in infants 6 weeks to 24 weeks of age.
Description

06/2000 - GSK had filed an Investigational New Drug Application (IND) under which an initial Phase 2 study had been conducted in the U.S.

The Vaccines and Related Biological Products Advisory Committee meeting took place on February 20, 2008. The committee voted unanimously regarding the adequacy of the efficacy of the vaccine and all except one member voted in favor of the adequacy of the safety data to support the licensure of ROTARIX.